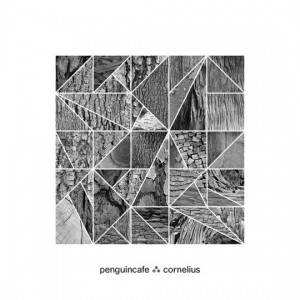 Worlds collide as Penguin Cafe and Japanese producer Cornelius' mutual admiration for one another led to them joining forces for this four-track 'Umbrella EP'. The pair reworked and reimagined existing tracks of their own, alongside two new Penguin Cafe songs.

Penguin Cafe was founded by Arthur Jeffes in 2009, bringing together a diverse and disparate group of musicians from the likes of Suede, Gorillaz and Razorlight, initially to perform his father Simon Jeffes’ legacy of world renowned Penguin Cafe Orchestra music, ten years after his untimely death in 1997. Arthur, a composer in his own right, quickly began to create new and unique genre-defying music, with the spellbinding philosophy of the Penguin Cafe always in his mind.

The project has evolved into something at the hands of Arthur who utilises many different instruments and influences including elements of African, Venezuelan, Brazilian, bluegrass, classical, avant-garde and minimalist music — using a variety of instruments from strings, pianos, harmoniums, slide guitars, cuatros, kalimbas, experimental sound loops, mathematical notations and more. To date, the new Penguin Cafe have released two albums of fresh, innovative and beautiful music, developing from the traditional folk and jazz heritage Penguin Cafe Orchestra is known for into another realm of blissful ambience and dance music, recreated using strictly acoustic elements.