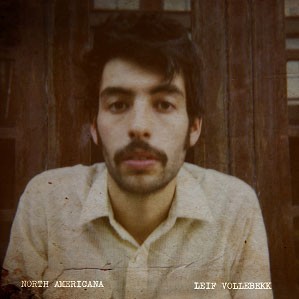 Hailing from Ottawa, Canada, Leif Vollebekk is a multi-instrumentalist and singer/songwriter known for his somber, melancholy pop songs that capture the themes of yearning, long-lost love, and adventure. During his childhood and teens, he discovered the music of Bob Dylan, Neil Young, and Lou Reed whilst also discovering a connection with the writings and works of Beat Generation authors Allen Ginsberg and Charles Bukowski. Having tried his hand at a multitude of instruments, he was initially interested in composition and shaping a song, rather than the lyrics; that is, until he heard Dylan's "Simple Twist of Fate." With a newfound obsession for illustrating stories and images with words, he sought to expand upon his creative abilities and headed to Iceland to discover his Nordic roots

1. Southern United States
2. Off The Main Drag
3. Cairo Blues
4. Photographer Friend
5. At The End Of The Line
6. A Wildfire Took Down Rosenberg
7. Takk Somuleidis
8. Pallbearer Blues
9. When The Subway Comes Above The Ground
10. From The Fourth