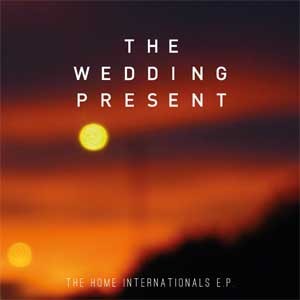 ‘Wales’ is taken from The Wedding Present’s recent and critically acclaimed album ‘Going, Going...’ while the other three tracks have been specially written and recorded for this release.

David Gedge was inspired by the challenge of writing a number of instrumental tracks for ‘Going, Going...’ and decided to use ‘Wales’ as the starting point for an EP of further instrumental pieces.

Freed from the restriction of a lyrical narrative the music frequently becomes more experimental and delves deeply into David’s love of pop, rock and film scores for inspiration.

“Going, Going... is a remarkable album. A joy from start to finish” - Louder Than War.

The EP was also inspired by the ‘Home Internationals’ which was an annual football competition between the United Kingdom's four national teams: England, Scotland, Wales and Northern Ireland (the last of whom competed as Ireland for most of the competition's history).

It started in 1883 and is the oldest international football tournament in the world. The competition ended in 1983 after 100 years.