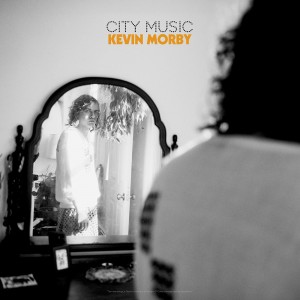 City Music is the new album by Kevin Morby. Full of listless wanderlust, it’s a collection inspired by and devoted to the metropolitan experience across America and beyond by a songwriter cast from his own mold. As he puts it: “It is a mix-tape, a fever dream, a love letter dedicated to those cities that I cannot get rid of, to those cities that are all inside of me.”

His fourth album, City Music works as a counterpart to Morby’s acclaimed 2016 release Singing Saw, an autobiographical set that reflected the solitude and landscape in which it was recorded. Saw was imagined as “an old bookshelf with a young Bob and Joni staring back at me, blank and timeless. They live here, in this left side of my brain, smoking cigarettes and playing acoustic guitars while lying on an unmade bed.”

And now follows City Music, the yang to its yin, the heads to its tails. It is a collection crafted using the other side of its creator’s brain, the jumping off point perhaps best once again encapsulated by an image. “Here, Lou Reed and Patti Smith stare out at the listener,” explains Morby. “Stretched out on a living room floor they are somewhere in mid-70s Manhattan, also smoking cigarettes.” It finds Morby exploring similar themes of solitude, but this time framed by a window of an uptown apartment that looks down upon an international urban landscape “exposed like a giant bleeding wound.”