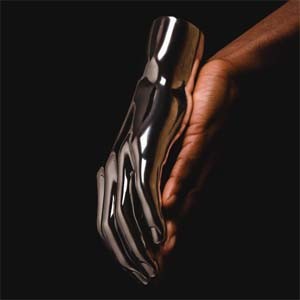 For me, Actress exists in a sparsely populated world of pure muses. Throughout musical history you have people at the very forefront of a generation or culture. Artists who relate to a time and environment rather than appeal to specific genre constraints of an fleeting aspect of club culture. Artists who truly put 'art' before anything else - often challenging the norm and usually way ahead of what the general consensus then later terms as cool. I put Darren Cunningham in this class, alongside Bowie, Kate Bush, Prince, Jamal Moss, AFX, Burial and Madonna. A grand statement I know but as the esteemed producer reaches album number five his artistic focus and future vision is unrivalled. The simplest you could say about "AZD" is that it’s art - the unique creation of a unique mind. There will be few more distinctive, brilliant or visionary suites of music released in 2017. Shimmering through a holographic prism its opening trilogy of tracks shines with new industry and broken societies; mixing dissonance with rhythm unceremoniously. Side B twists and churns through a multitude of audio processes, the very fabric of time space audible as Actress switches our receptors onto maximum sensitivity; offering up two painfully current club cuts in the process ("X22RME" & "Runner"). As side C slide gracefully in with the neo-orchestration of "Falling Rizlas" Actress prepares us for the demonically epic "Dancing In The Smoke" which defies categorization entirely, spinning old school hip-hop vox through an audio spiralizer and swirling metallic washes. Side D opens with the alluring "There's An Angel In The Shower", fluttering electronics gentle serenading us through highly emotive micro-chords. Finally "Visa" sees the Actress depart us in spritely, mischievous form, playful arpeggios rambunctiously motoring away as Cunningham pours hot white noise and electromagnet shards over the recording medium. It's been another awe inspiring, and at time uneasy vision of the future and how it's gonna sound, but Actress welcomes in the new with a wry smile and comforting gaze.