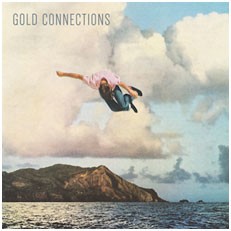 Gold Connections’ debut EP was home-recorded in the spring of 2014 in Williamsburg, VA, and features production, engineering, and mixing by Will Toledo (Car Seat Headrest). It is comprised of the band's five best, earliest original songs written by Marsh while he was an undergrad of the College of William & Mary in Virginia. It was there that Marsh met Toledo; Marsh a freshman, Toledo a sophomore. Though Toledo won’t be a member going forward, he also plays drums, electric guitar, bass, and backing vocals throughout the EP. Fat Possum will release Gold Connections’ debut album later this year.

“...an animal of its own. Languid atmospherics give birth to howlingly aggressive rock ‘n’ roll that ultimately builds to a richly arranged climax." - Stereogum