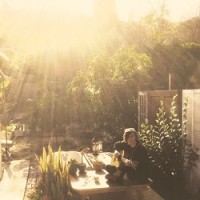 Tara Jane O’Neil describes her latest and eighth solo album “Self Titled” as a “singer songwriter” endeavor. At the invitation and design of Mark Greenberg (The Coctails), she recorded, mostly live, half of the record at Wilco’s Loft Studio in Chicago with a band that included James Elkington, Gerald Dowd, Nick Macri, and Greenberg himself. The other half was made in O’Neil’s home studio in California with Devin Hoff, Wilder Zoby, Walt McClements and string supervisor Jim James.

The album also features the voices of Chris Cohen, Carolyn Pennypacker-Riggs and Joan Shelley. O’Neil herself plays guitar, bass and percussion. A founding member of Rodan, The Sonora Pine, amongst other ensembles, O’Neil has also collaborated on recordings and stages with Papa M, Michael Hurley, Little Wings, Marisa Anderson, Catherine Irwin, Mirah, Mount Eerie, and many, many others. She’s performed at clubs, galleries, and DIY spaces around the world and venues such as the Centre de Pompdou, the Whitney Museum of American Art, and All Tomorrow’s Parties, while also starring in the cult classic film Half-Cocked. Her visual art work has been shown in cities including London, Tokyo and Portland and has been published in three monographs.