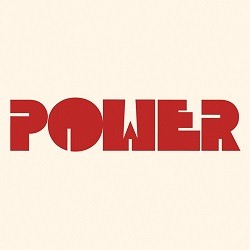 The appeal of Power is the spontaneous brilliance of live Australian hard rock music. The heat from relentless performances in greasy inner city pubs was strong in the ’70s, and the debut albums of many of Australia’s greatest bands are testimony to many late nights twitching and sweating it out. Troglodyte rock music and inner city Melbourne have always made sense. Every week there have been bands playing fast and loose.

2014 was the year Power stepped up, and immediately earned comparison to Melbourne’s Coloured Balls, sharing that edge of menace in their affection for boogie rock and the same air of familiarity with aforementioned greasy confines. Power hosted their own weekly residency in this city, kicking through backyard parties and seemingly hundreds of Tote Hotel shows with the collection of songs they recorded at the right moment and turned into Electric Glitter Boogie.

The result has the savage drive of their live sound , the bolts tightened to threadbare, and is carried by that supreme confidence and determination that allows the band to relax and let the songs happen when they need to, and to know when to kick it hard. Living in the age of power. The sound is raw but full, the band recorded live with minimal overdubs , and the songs continually disintegrate into white heat guitar noise before slamming back into manic amphetamine lockstep. In eight numbers, they traverse an entire history of hard rock, electric glitter boogie, thug glam, raw power punk. Strong character. Definite purpose. Something you just cannot control.