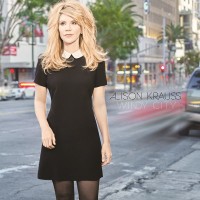 'Windy City’ is Alison Krauss’s first solo studio album since 1999. It is a beautifully created collection of classic songs, from the most awarded female in Grammy history, produced by Nashville veteran Buddy Cannon. ‘Windy City’ spans across different eras and genres with some familiar tracks – including “Gentle On My Mind,” a signature song of Glen Campbell’s, and “You Don’t Know Me” which was a hit for Eddy Arnold and Ray Charles. In 2000, Alison’s feature in the ‘O Brother Where Art Thou?’ soundtrack paved the way for contemporary popular folk music. In 2007, her multi-platinum album ‘Raising Sand’ with Robert Plant became a global smash, selling over 3 million albums.

Various ArtistsShining Bright -The Songs Of Lal And Mike Waterson