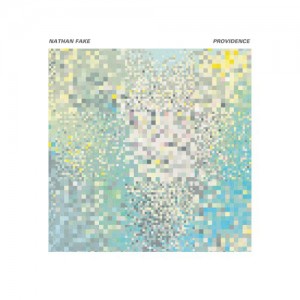 Nathan Fake has grown from his beginnings as an undeniably skilled, but relatively inoffensive purveyor of twee IDM (see the cutesy electronic rhythms and circuit-bent melodies of 'Drowning In A Sea Of Love') into a powerhouse of challenging electronics and innovative melodic constructions.

The brash and stomping 'Feelings 1' could easily be stretched into a 6-minute long OPN track from his early catalog, but retains its impact and drive in part due to it's brevity, letting up after only a couple short minutes with a thematic segue into the thumping title track. Utilising his tried-and-tested technique of a filtered-out beginning into a revisitation of that theme, but injected with fiery percussion and swooning synthplay, Fake constructs a towering wall of chaotic arps and fizzling saturation, underpinned by distorted kick drums and dusty pads.

'HoursDaysMonthsSeasons' is much more along the lines of Border Community heavy-hitters Holden or Luke Abbott, pitching tweeting modulars and syncopated throbs against a droning foundation of fire and brimstone. As with all of Fake's more recent work, this is a deep and rewarding experience, but gives as much as you do, revealing it's complexities through patence and perserverance.

Moving further along (we have convered the towering 'DEGREELESSNESS elsewhere), we move into ambient territory with 'SmallCityLights' which is a relaxing and much-needed respite (make use of it while you can) before the thudding dystopian sidechained duality of 'Radio Spiritworld'. Like a pack of robots fizzing and staggering towards a neon sun, we get chillwave guitars, industrial hammering and crackling electronic connections, coming together into a bracing mix of rampant retro-futurism and forward-thinking outsider 'tron.

Providence is as contrary and (I imagine) divisive as anything Fake has accomplished thus far, founded upon his considerable talent for writing a dancefloor stomper, but abstracted into the outer realms of melodicism and rhythm. A challenging, towering behemoth of an album, that will confound and amaze in equal measure.

Barry says: Nathan Fake does OPN. Shimmering synths, soul-shaking drone and abstracted rhythms mashed together (amazingly) into a brittle and brutal amalgamation of conceptual genius and technical mastery. A++, Will listen again.