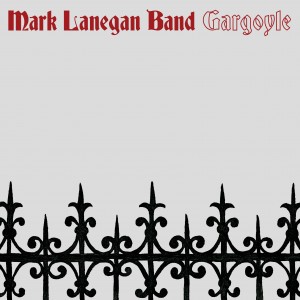 There’s a singer with a voice 50 fathoms deep and the consistency of vitrified teak, who has been known to go to extremes in search of a song. Across continents, over oceans, through multiple time zones. From West Hollywood to... Tunbridge Wells. A long way – but Mark Lanegan knows the directions.

Early in 2016, Mark was at home in Los Angeles, working on some ideas for what might turn into his next album. He wasn’t too thrilled by what he was coming up with. Then he got an email from a friend, an English musician named Rob Marshall, thanking Mark for contributing to a new project he was putting together, Humanist. The pair first met in 2008, when Marshall’s former band Exit Calm supported Soulsavers, who Mark was singing with at the time. Now Rob was offering to write Mark some music to return the favour.

In the meantime, Mark had written Blue Blue Sea, a rippling mood piece that he thought might be a more fruitful direction for his new record, and had the idea for a song called First Day Of Winter that felt like an apt closer. “It’s almost always how my records start,” he explains. “I let the first couple of songs tell me what the next couple should sound like, and it’s really the same process when I’m writing words. Whatever my first couple of lines are tell me what the next couple should be. I’ve always built things like that, sort of like making a sculpture I guess. Start with the raw material and let that point me in the direction I want to go. So, once I was pointed in that direction, the music that came from other sources, from Rob, I just went for the ones that helped me build this narrative that I had started already.”

Within an hour, Mark had written words and vocal lines for two of the pieces Rob had cooked up at Mount Sion Studios in Kent and pinged through the virtual clouds to California. Rob's music fitted perfectly with the direction Mark had been pondering: in essence, a more expansive progression from the moody Krautrock-influenced electronica textures of his two previous albums, Blues Funeral and Phantom Radio. Eventually, Rob Marshall would co-write six of the songs on the new Mark Lanegan Band album. “I was very thankful to become reacquainted with him,” Mark deadpans.

The remainder of the album was written, recorded and produced by Lanegan's longtime musical amanuensis Alain Johannes at his 11 AD base in West Hollywood. Everything was done and dusted within a month, unusually fast by Lanegan’s recent standards. Both Blues Funeral and Phantom Radio unfurled at leisurely pace over several months. But this time Johannes had only a fixed window of opportunity due to his ongoing touring commitments as a member of P.J. Harvey’s band. But Mark was sufficiently happy with the material to move swiftly, a reflection of contentment with his abilities as a singer and writer, which have now produced a huge body of work spanning a period of more than 30 years: whether it be his own solo records, or collaborative recordings with others, or going back to his legendary first band, the Screaming Trees.

Barry says: Lanegan and band do it once again with this, the brilliant 'Gargoyle'. A more upbeat outlook than previous iterations, channelling the spirit of 60's psychedelia, stadium rock, downbeat folky moments and good ol fashioned songwriting talent. Brilliant.