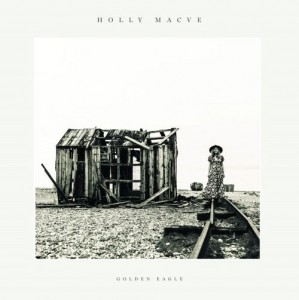 A heavenly voice couched in spellbinding Country & Western ballads, with a devastating emotional delivery: Holly Macve is a fantastic addition to the Bella Union family and her album ‘Golden Eagle’ is one of the most remarkably assured debuts of this or any other year, especially given that she’s only 21 years old.

“Words are my main love,” she declares. “I love songs that tell stories and take you somewhere else. I’ve always been drawn to that old country sound with its simple and memorable melodies. I enjoy music that feels timeless, that you don’t know quite when it was recorded.”

The bulk of ‘Golden Eagle’ was recorded in Newcastle at the home studio of producer Paul Gregory (of Bella Union labelmates Lanterns On The Lake), with extra recording in Brighton and London. Throughout, ‘Golden Eagle’ remains beautifully spare and delicate, putting Holly’s goosebumpraising voice centre stage, beautifully controlled yet riven with feeling.

On stage she’s a magnetic presence; it’s not just voice and songs. Audiences who caught her supporting the likes of John Grant, Villagers and Benjamin Clementine - incredible company to keep at this early stage - were doubtless stopped in their tracks. ‘Golden Eagle’ is surely going to have the same effect.

Laura says: This album would sit comfortably alongside the traditional honky-tonk / country of Patsy Cline as easily as it would more contemporary artists such as Gillian Welch and Laura Marling. The song structures follow a 'classic' country format, but the simplicity and stripped back nature of the recording (often just guitar or piano and vocals) allows for Holly's incredible, vocals to weave their magic and create a really wonderful, timeless album.