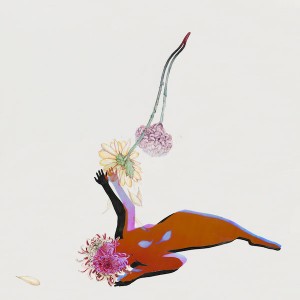 Recorded in Los Angeles with GRAMMY award-winning producer John Congleton at the legendary Sunset Sound (where everyone from The Beach Boys to Prince have laid down masterpieces), The Far Field’s twelve chest-pounding love songs and odes to the road brilliantly express the central themes the band have been exploring for the last decade: that there is power in emotional vulnerability, that one can find a way to laugh and cry in the same breath – and be stronger for it.

The Far Field features string and horn arrangements by Patrick McMinn and is their first record to feature live drums by Michael Lowry, who joined the band prior to their sensational performance of ‘Seasons (Waiting On You)’ on David Letterman’s late night TV show and has remained a fixture since. Blondie’s Debbie Harry also makes a guest appearance, in a duet with Herring on penultimate track ‘Shadows’.

Barry says: Whilst I know the lead singer of Future Islands has enchanted people with his 'Grandad after 7 sherries' stage-swagger, it is the music here that is truly the star (thank goodness). Slightly gothic atmospheres, soaring synths and plenty of late-80's plate reverbs. Dark but driven indie for the eye-makeup crowd.