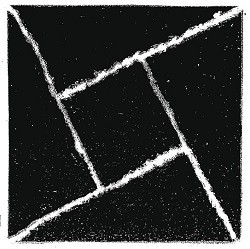 The beginning moments of Molly Nilsson’s second album Follow The Light now seem like the start of a personal mythology that was to reach further than she could have imagined. Few contemporary artists have so seeped into the underground pop psyche than the Stockholm-born songwriter. After releasing her debut These Things Take Time on hand-made CDrs, Nilsson’s follow up was a leap in scope and ambition. Of course, the personal takes on a tumultuous life in Berlin and the journeys to and from it inform the songs as before, but there’s a growing maturity in the songwriting in evidence. From the diary pages of These Things Take Time to a growing stature as a songwriter in touch with the universal, Follow The Light contains many of Nilsson’s now firm fan-favourites.

The Closest We’ll Ever Get To Heaven is classic Molly Nilsson. Over plaintive piano chords and little else, Nilsson narrates a story of doomed friends lost, the onset of an East German winter reminding the singer of a time lost, nostalgia frosting the windows to the past. Meanwhile In Berlin, perhaps a passing nod to Leonard Cohen in the melodic refrain, opens up the sonic palette, with synth strings fitting Nilsson’s delivery perfectly. Never O’Clock is a pure pop moment, with a lilting funk and percussion adding a carpe diem immediacy to the album’s flow. Last Forever, which remains a staple to live encores now, seven years later, is fist-pumping melancholy that only Molly Nilsson knows how to do. It’s over before it begins and begs eternal repeat. Truth, a synth pop song that sees Nilsson exploring the upper and lower registers of her voice, feels like a lost chart hit from the mid 80s. I Hope You Sleep At Night, a vitriolic lover’s admonishment gives way to one of Nilsson’s most popular songs: I’m Still Wearing His Jacket. It’s a sentiment that needs no real explanation: the mementos of a completed love affair remain in our wardrobes waiting to hurt us all over again. Hello Loneliness could also be an updated Leonard Cohen song, a peon to melancholy which reminds us that Nilsson has a knack for distilling the complex into sharp epithets. We end on one of Nilsson’s greatest songs. A Song They Won’t Be Playing On The Radio is so finely loaded with emotion that it’s the singer’s reserved delivery that makes it so powerful.

Follow The Light is the second installment of an ongoing Molly Nilsson reissue campaign and is the first time the album has been available on vinyl.