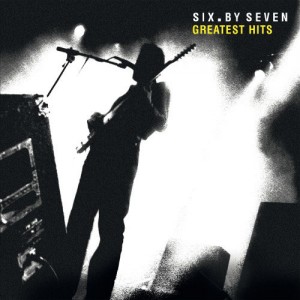 Having formed in 1994, Six By Seven have gone through various incarnations, with the only constant being singer and composer Chris Olley. They recorded three albums for Mantra Records via Beggars Banquet - ‘The Things We Make’ (1998), ‘The Closer You Get’ (2000), ‘The Way I Feel Today’ (2002) - toured extensively, had two hit singles - ‘Candlelight’ (1998) and ‘I O U Love’ (2002) - recorded five Peel Sessions and appeared on Later With Jools Holland (December 1998). Despite heaping praise on Six By Seven’s breakthrough second album ‘The Closer You Get’, the press seemed confused as to how to categorise them. The band straddled a fine line between post-Brit Pop, British rock and a much edgier kind of punk. Inspired by The Pistols and The Stranglers as well as US bands such as Sonic Youth and Mercury Rev, Six By Seven consciously wanted to write songs that would get played on the radio, as Chris Olley explains: “We wanted to fill a gap I think, fill it with the sort of music we would like to hear and buy ourselves; sort of Captain Beefheart doing pop.”

Mixing misanthropic lyrics with Olley’s distinctive vocal style, the music was underpinned by malevolent, slow-burning guitars, creating a menacing, dense wall of sound. Chris Olley continues; “There is a great sense of vitriol running through ‘The Closer You Get’ both musically and lyrically.” Journalist Sharon O’Connell commented in her review for Mojo; “Few bands now have the courage to make noise as meaningful as this; it’s like warming your heart against a limited nuclear strike.”

Six By SevenThe Things We Make