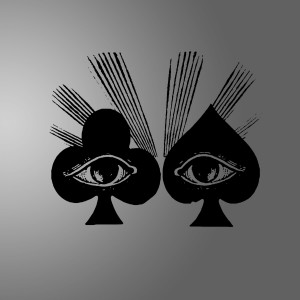 Children of Alice have been quietly producing amorphous and intoxicating soundscapes as part of the Folklore Tapes collective for a number of years now, beginning in 2013 with Harbinger of Spring on the shared Ornithology release. This poetic conjuration of rebirth and new growth was the first unfurling of post-Broadcast creation from James Cargill, one half of the personal and artistic relationship at the heart of that epochal and increasingly feted band.

The name Children of Alice was chosen as an act of tribute to the late Trish Keenan, for whom Alice in Wonderland and in particular Jonathan Miller’s summerhazy 60s idyll of an adaptation, was a presiding inspiration. The name invokes her abiding spirit and also creates a sense of continuity with the evolving Broadcast soundworld, which became more concentrated and individual as it refined itself and adapted to new configurations. The group (or perhaps we should call them a collaborative triad, since they occupy island territory far removed from the familiar shores of rock, though still keeping it in vision on the far horizon) consists of Cargill along with his former bandmate Roj Stevens (who played keyboards in Broadcast) and Julian House, co-founder of Ghost Box records, whose distinctive graphic design work also gives the label its signature look, and hidden prestidigitator behind The Focus Group.

This LP brings together their entire output to date, on their first widely available release.

Barry says: Dense, nuanced synth workouts, fractured ambient passages and found sound collages from two members of Broadcast and Julian House of Ghost Box fame. Unlike anything they've created before, but clearly influenced by the same ethos, Children Of Alice is a force unto itself, a brilliant, fascinating cosmic force.

BroadcastMother Is The Milky Way