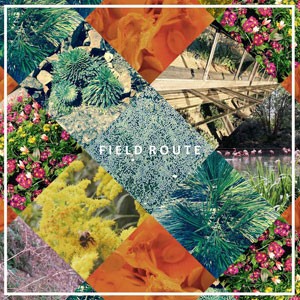 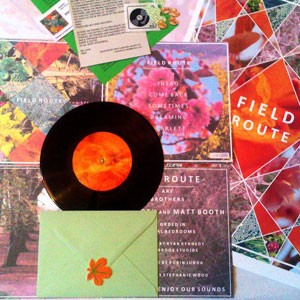 Featuring members of Piccadilly favourites, Horsebeach, Field Routes enter the music world via Kev Beard's much lauded Box Bedroom Rebels series (also responsible for putting out the first ever Horsebeach record!). Brothers Dan and Matt Booth take time out from the Ryan Kennedy-fronted project for intimate and reflective explorations into the heart of indie-pop; sunshine glimmering off rain soaked concrete pavements as we stroll through the city with wet feet and a sullen heart. Hinting towards darker and more melancholic times ahead, the six tracks feature heartfelt and intricate guitar and vocal interplay, bathed in that heavy plate reverb synonymous with the the rainy sound of Manchester. RIYL: The Smiths, Felt, Horse Beach,

Matt says: Kev's knack for A&R knows no boundaries! Is he Tony Wilson re-incarnated? He certainly knows how to pick out some of the best new music from around our fair city. Killer debut that should thrust this ace new project into limelight.