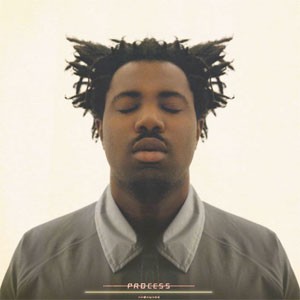 Since bursting out of the UK's soulful electronic underground alongside SBTRKT and James Blake back in 2010, Sampha's worked at his craft with a quiet and assured confidence. Though he's steadily released a string of precise and poignant singles over the past few years, the London artist has managed to fly just under the radar, revelling in the creative freedom this lack of attention affords. Still just twenty seven years old, he has lent his vocal, production and songwriting talents to a range of standout releases, from UK contemporaries such as FKA twigs, Jessie Ware and SBTRKT to world-renowned superstars like Drake, Kanye West and, most recently this year, on Frank Ocean’s "Endless" and Solange’s "A Seat At The Table" albums. Now it’s time for Sampha to tell his own story and "Process", produced by Sampha himself and Rodaidh McDonald, is set to be his defining musical statement. To paraphrase the previously mentioned Yeezy, Sampha's kept all the best shit for himself here, topping those critically acclaimed songwriting credits with a set of experimental soul and futurist R&B which explores grief with sincerity and sensitivity. Overwhelmed by the loss of his mother to cancer, the London musician poured his heart into the piano, raising his game to treat us to ten existential, poetic and occasional cryptic studies of the human condition. In turns fragile, tense and terse, but always alive with pure melodic beauty, "Process" is a stunning debut from a future superstar.

Plastic 100°C
Blood On Me
Kora Sings
(No One Knows Me) Like The Piano
Take Me Inside
Reverse Faults
Under
Timmy’s Prayer
Incomplete Kisses
What Shouldn’t I Be?