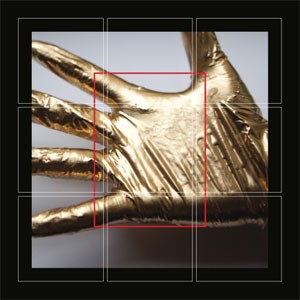 Matteo Vallicelli is an Italian drummer and composer, best known as the live drummer of The Soft Moon and Death Index and as a founding member of many renowned Italian punk bands. This winter he debuts his first solo project, ‘Primo’, on Captured Tracks.

In 2013, Vallicelli relocated from the ancient neighbourhood of Trastevere in Rome to the ever-changing Kreuzberg district in Berlin. This dramatic uprooting acted as a catalyst, inspiring him to try and make music on his own. Heavily inspired by the pulsating techno scene of the German capital, Vallicelli began experimenting with synthesizers and drum machines. Recording sounds onto his computer and cassette tapes led him to create a massive collection of loops and samples, sometimes in protracted home sessions where he wouldn’t leave his apartment for days.

For Vallicelli, the transition from playing drums in punk bands to sitting alone in his home studio, working on minimalistic electronic compositions, has dramatically shifted his music career. “Being in charge of everything can be disorienting. Having no other band members to work or fight with… I would end up with hours of music that I would endlessly edit on my computer. It took me years to learn how to limit myself, to finish up a project and move on to something else. But, as soon as I mastered that, I was able to assemble my first album quickly.”

Songs like ‘Michelangelo’ and ‘Frammenti’ were born as techno tracks but, through subtraction, became something different and more representative of the introspective state in which they were created. These two tracks opened up a path for the rest of the music on the Primo, in which most of the songs have no traces of drums or percussive elements, marking a new, liberating way for Vallicelli to make music. The result of three years of experimentation, Primo is ultimately an exercise in self-limitation and discovery.