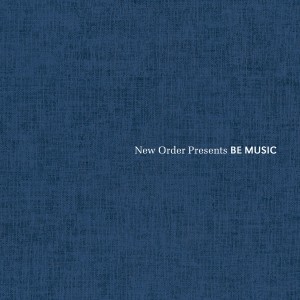 New Order Presents Be Music is a compilation of productions by members of iconic Manchester group New Order, including classic dance and electro tracks released on Factory Records between 1982 and 1985, as well as more recent remixes for current artists such as Factory Floor, Marnie, Tim Burgess and Fujiya & Miyagi.

The generic tag Be Music was first used in 1981 and covered studio production work by all four members of New Order: Bernard Sumner, Peter Hook, Stephen Morris and Gillian Gilbert. Sumner often teamed with Donald ‘Dojo’ Johnson of A Certain Ratio, including the pioneering electro cuts featured here by Quando Quango, 52nd Street, Marcel King, Paul Haig and Surprize. Morris and Gilbert worked with Thick Pigeon, Life, Red Turns To and also 52nd Street. Although more rock orientated, Hook proved he was no slouch on the dancefloor either with the mighty Fate/Hate by Nyam Nyam.

‘Producing was a really important sideline,’ recalls Bernard Sumner of the Factory era. ‘It’s OK doing it because although all the groups are skint, you learn a lot and you're helping somebody.’
After 1985 the band focused more on producing their own records, both as New Order and solo projects such as Electronic, Revenge, The Other Two, Monaco and Bad Lieutenant. However in recent years Stephen Morris in particular has remixed several newer artists, notably London industrialists Factory Floor, as well as former Factory workers A Certain Ratio and Section 25.
Bonus tracks on the 3xCD box set include Knew Noise by Section 25, produced by Ian Curtis and Rob Gretton of Joy Division way back in 1979, and the complete 22 minute version of Video 586, recorded by New Order themselves in 1982.
All tracks (12 on vinyl, 36 on the CD) are newly remastered. The liner notes feature commentary on the tracks by the artists and the members of New Order. Design and packaging are by Matt Robertson/Peter Saville Studio.