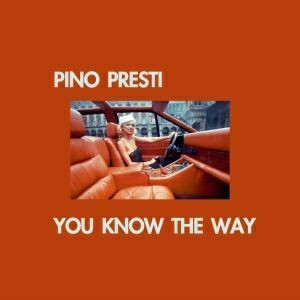 In case you didn't know, Pino Presti is one baaad mother funker! Real talk, during the 1970s this bass-playing bad-ass scored a whole host of Italian TV shizzle, dropped masterful jazz-funk LP "1st Round" and dropped a pair of super tight disco singles while simultaneously securing a 5th Dan black belt in Shotokan Karate! He might even have inspired Dirk Diggler in seminal (ooh err) movie Boogie Nights for all we know. This super groovy disco dancer originally dropped as a 7" on Baby Records in 1979 before Sergio Cossa snapped it up for his Emergency imprint and unleashed it on the U.S. clubs. So far, so good, but for some reason the B-side saw only the "mono" version rather than the outstanding "disco version" by the beloved New York DJ Tee Scott. Now, after 37 years we can finally appreciate it, fully restored from the original master tapes by co-producer Marco Salvatori. Unstoppable bass, sublime strings, rhythmic guitar and slightly camp Euro-vocals abound as we dance til we drop. Buy this before you regret it!