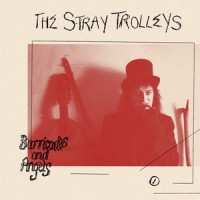 In May of 1979, UK native Martin Newell was 26 years old and in transition. He’d just split up with his girlfriend and moved out of the Colchester house they’d shared for four years. A month later, Newell also stepped down as the singer for Gypp, a band he’d been in for three years. Though they had a great live reputation and a strong regional following, Newell, with some misgivings, felt their music was out-of-step with the times. That same year he turned down the offer of a literature degree course at university as well. He had a part time washing-up job, a guitar and a room in a rambling, boho house. He could just tear the whole thing down and start again.

That summer friend and recording engineer Dave Hoser heard some of Newell’s demos and offered to help record them on his 4-track equipment, dubbed ‘The Octopus Mobile’. With some of Newell’s former optimism and energy restored, he put together a new band: the then 23- year-old drummer Michael ‘Stix’ Natkanski, former Gypp bass player Tony Phillips and Braintree guitarist Malcolm Burch (AKA Max Volume). Calling themselves The Stray Trolleys, the music here predates Newell’s work as The Cleaners From Venus and the bulk of the sessions on their sole album, ‘Barricades And Angels’, were recorded at Octopus Studios during spring and summer of 1980. Amazingly, although they had little to no rehearsals, all backing tracks were recorded fairly quickly and everyone got on well, especially in the pub afterwards.