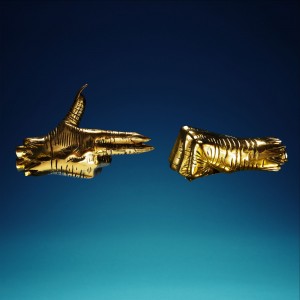 Two years on from the audio fire of "RTJ2" and the audio fur of "Meow The Jewels", rap's most turnt up duo El-P and Killer Mike are back on wax, ready to smash the set all over again. Since we last heard from them, the duo have transformed from underground stalwarts to a global rap juggernaut, spawning an international art movement, radio show, several Marvel comic cover variants, characters in a video game, their own Virtual Reality initiative (VRTJ) and a whole host of critical acclaim. But don't get it twisted, our heroes are still as hot and hungry as ever, devouring rhymes and defecating beats in non-stop beast mode on "RTJ3". Working alongside Danny Brown, TV On The Radio's Tunde, Kamasi Washington and more, El-P and Mike trade hard hitting bars at headspinning pace over the nastiest, bass blasting beats you're gonna hear all year. Featuring the recently released singles “2100 (ft. BOOTS)” and “Talk To Me”, the duo's third album proper may well be their best. Play this shit LOUD!

Patrick says: El-P & Killer Mike are back in the house with their finest release to date. Spitting pure gangsta shit over heavyweight bass and neck snapping beats, the duo keep the vibe feisty throughout. So howbow dah?