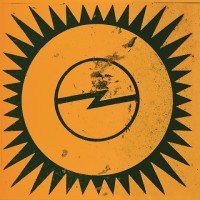 Reissue of Cavern Of Anti-Matter’s much sought-after first album, originally issued as a vinyl only edition of 500 copies on Berlin label Grautag Records. Finally getting the wider release it deserves courtesy of the band’s own Duophonic imprint. It has been recut as a triple vinyl set and is being made available on CD for the first time. The 3LP edition comes with a download card for the full album.

The recordings here actually represent the genesis of the whole Cavern Of Anti-Matter project: commissioned by artist Nicolas Moulin to come up with a double album of original material, Tim Gane (formerly of the much loved Stereolab) hunkered down in his home studio for three weeks with a collection of old sequencers, drum machines and analogue synths. With the assistance of Joe Dilworth and Holger Zapf he produced the 16 tracks that comprise ‘blood drums’. The initial pressing sold out instantly and offers followed to play live and make more records. As a result of this positive response, Cavern Of Anti-Matter have gradually evolved from one-off experiment to full-time band.

Barry says: A long awaited reissue of COAM's long-gone debut album 'Blood Drums'. Driving cosmic synth pulses, dreamy arps and pulsing motorik rhythms form into an epic and emotive whole. If you loved the newest album or have even a passing interest in synthery, give this one a razz. Awesome.