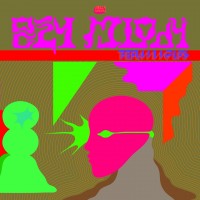 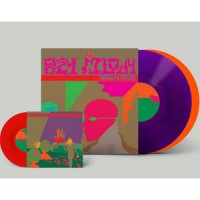 THE FLAMING LIPS are pleased to announce the release of their long-awaited new studio album, entitled OCZY MLODY via Bella Union. Produced by the band and their long-time producer Dave Fridmann, the highly-anticipated LP is the follow-up to their globally acclaimed 2013 album, “The Terror”.

Three-time Grammy-Award winners, THE FLAMING LIPS are one of the most enduring, influential, unpredictable, and universally respected bands of their generation or any other. Led by Wayne Coyne, they have been cited as the ultimate live attraction and life-affirming festival band who continue to dazzle audiences with their over-the-top, maximalist, high-energy onslaught on the senses. On OCZY MLODY, The Lips return to form with an album no less experimental in nature, but perhaps more melodically song-oriented, recalling the best parts of their most critically applauded albums THE SOFT BULLETIN and the gold-certified YOSHIMI BATTLES THE PINK ROBOTS.

Andy says: Like a more drawn out and melancholic "Yoshimi", this record sees the good ship Lips return to more considered , calmer waters. Good tunes too!