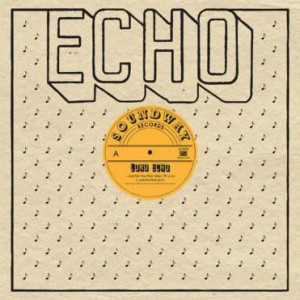 "Just Do You" is the first single from underground super-producer Lord Echo's hotly anticipated 3rd album "Harmonies". So long has its gestation been that it has reached a status reserved only for the mythical and the absurd. But here Lord Echo beats back the doubters, emerging from the darkness with a gleaming diamond in his hand - a slice of pure disco dub indulgence with all the rough trimmings that have made him a cult favourite from Tokyo to Trinidad. With the real life concerns of the DJ always foremost in his mind, this limited edition 12" has something for every occasion with two different vocals and a radical excursion into the realm of left field disco dub that record collectors sweat over in feverish night dreams of cult record acquisition. Both vocalists are long time Lord Echo collaborators : Electric Wire Hustles' Mara TK and Fat Freddies Drop's Toby Laing. Mara's version sees the golden voiced visionary wax lyrical on a night time affair stemming from a tiresome diplomatic function in a sweaty, exotic location deep in the recess' of your mind. Toby's vocal was recorded in a hotel room in France on one of Fat Freddies Drop's sweeping European Tours and features some of the most obtuse yet deeply penetrating lines in contemporary songbook narrative.

Patrick says: After disappearing into the studio for three years of extended experimentation, Lord Echo returns with a peach of a single for his forthcoming LP. The vocal contributions are stellar here, but as ever it's the inspired dub versions which have me cartwheeling past the racks.