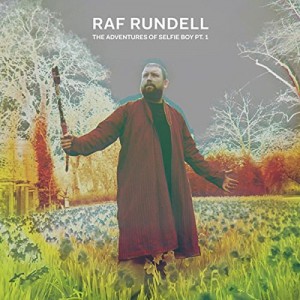 Our hero, Raf Rundell (DJ by night, acoustic guitar picker by sunset, sometime music biz impresario and fulltime member of 2 Bears alongside Hot Chip’s Joe Goddard), emerges bleary-eyed from a studio high in a garret clutching the first fruits of a solo recording session. A session that saw the studio’s saloon door banging as queens, kings, crazies, painted ladies, ravers, rockers and ragamuffins partied night after night, each of them adding inspiration and perspiration to Rundell’s embryonic recordings to help the man realise his distinctive musical vision.

1965 Records (visionary home of modern psych, electro-roll and North London deep south boogie) chased down Rundell and begged to be the sole outlet for his sonic art. Bending to their iron will, Raf eventually surrendered the mastertapes which is where our story really begins.