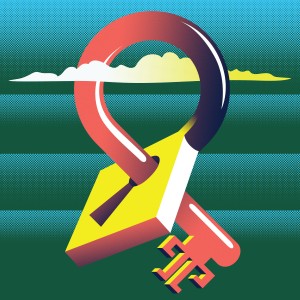 It doesn’t take too long with Volcano to realise that, while all the things that made the band special the first time around remain intact, a noticeable evolution has taken place. It’s there from the outset: the beefed-up beats of Certainty reveal an expanded sonic firmament, one in which bright synth hooks and insistent choruses circle around each other over chord sequences that strike just the right balance between nice and queasy. “If there’s a sense of scale,” says lead singer James Bagshaw, “It was really just a result of implementing a load of things that we didn’t know about the first time around.” Co-founding member and bassist Thomas Walmsley describes a record in which “we discovered a lot as we went along, and the excitement at having done so radiates

One thing you do notice is that it’s harder to spot the influences this time around. It would be disingenuous to evade the psych-pop tag, for sure, but mystical language has been supplanted by something a more direct – and while those influences are still there, it’s no longer possible to pick them out. They’ve been broken down and blended together – fossilised into a single source of creative fuel, so that what you can hear this time around, sounds like nothing so much as Temples. This is the sound of a band squaring up to their potential.

Andy says: More synthy than their debut but crucially just as hyper-melodic, Temples bring the magic of a bygone era right into the present with huge aplomb. It's a beautiful thing.