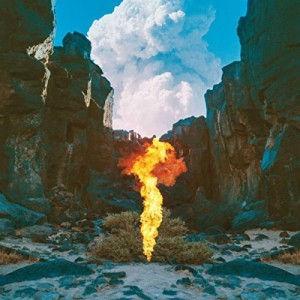 Simon Green, aka Bonobo returns with his sixth album – the masterful, magisterial “Migration” – is a record which cements his place in the very highest echelons of electronic music and indeed, beyond. By turns lush, manic, beautiful, melancholy, joyful, packed with both emotion and technical skill, this is perhaps his most ambitious attempt yet to capture the very textures of human existence in his work, as Green says of the broad dynamics on the album, "Life has highs, lows, loud and quiet moments, beautiful ones and ugly ones. Music is a reflection of life."

It is a theme with a personal as well as a sociological aspect to it. Last year, a close family member passed away. “My Family and I are all disbanded and spread to far corners of the earth,” explains Green, “In the end we did the funeral in Brighton. My own personal idea of identity, where I am from, and what home is, has played into this record and its migratory themes. Is home where you are or where you are from, when you move around?”

It's tempting to relate Green's emotive aesthetic to his sense of dislocation. He grew up in rural Hampshire with a father heavily involved in the British folk scene. "We would have endless folk jams in the house. There would be random banjo and violin players crashing in the garage for the weekend.” Not that he was necessarily feeling his dad’s taste at the time: “I was a grubby little skater back then, listening to alt-rock, hardcore and hip hop”. But no doubt this phase was an early musical education, indeed Green started learning to play guitar, piano, 4-track tape recorders and effects pedals in this period, building up soundcscapes from an early age. His move to Brighton is also a key influence; his skill at drum programming harks back to his days DJing and producing in the small, musically fertile town. Under the initial guidance of Tru Thoughts' Rob Luis and at nights such as Phonic:hoop where he began to regularly play all-night DJ sets.

Barry says: Has it really been almost 4 years since Bonobo's last full-length? Yes! yes it has, but the wait has been worth it. This is an altogether more soulful affair, still packed with the sort of downbeat rhythmic mastery you've come to expect but imbued with a melancholic and matured aura that only adds to mr Green's veritable mastery of his craft. A triumph.