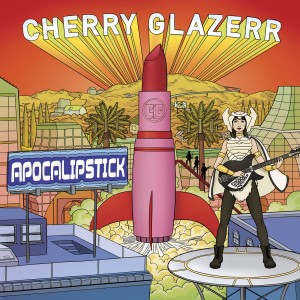 To celebrate, the band is sharing “Nurse Ratched,” which was written by lead singer Clementine Creevy as she mused on the evil Nurse Ratched character in Ken Kesey’s masterpiece, One Flew Over The Cuckoo’s Nest. The track’s slasher flick video is directed by horror film director/producer Roxanne Benjamin, who is known for her films Southbound and V/H/S, among other work. Perfectly timed for its release on Halloween, watch as what appears to be an innocent albeit bizarre hitchhiking ride turns into a bloody massacre. “Nurse Ratched” is the second single to be heard from the forthcoming record and follows the previously shared “Told You I’d Be With Guys.”