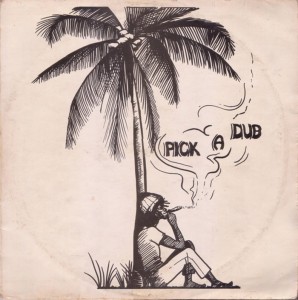 "Pick A Dub" showcased the enduring strength and pivotal importance of the rhythm to the development of reggae music. Keith Hudson’s complete mastery of the genre and the unqualified praise that followed its release was fully justified. The album’s “œaustere sonic qualities” are awe inspiring, the superb rhythms are given full rein, unencumbered by extra effects and studio trickery. The overall effect is as mesmerising now as it was over forty years ago. Both CD & double LP set contain bonus tracks featuring eight vocal cuts of the featured dub including two previously unreleased tracks.

Martin says: One of the greatest dub albums ever released, certainly in the top 5, and imperative listening for any appreciator of the form. Carlton and Aston Barrett and Augustus Pablo contributed music, while vocal fragments include Hudson, Horace Andy and Big Youth. Hudson's sparse handling of production and lack of studio ornamentation allow the heavyweight rhythms and echoing, dreamlike vocal melodies space to shine.