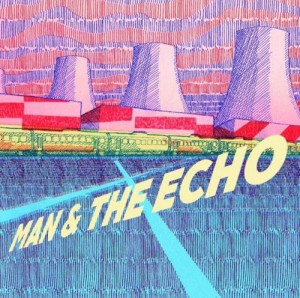 The release follows a string of acclaimed single releases from the Warrington fourpiece within the past twelve months, with plays across Radio 2, Radio 4, 6Music, Radio X and Absolute Radio, as well as an invite to play Billy Bragg’s Leftfield stage during this year’s Glastonbury Festival.

‘Man & The Echo’ is a soulful, poetic, eleven track statement from a band clearing their own space amidst a cluttered musical landscape.

The album skirts numerous musical signposts, spanning the likes of The Smiths, Dexys, Pulp, 50/60s crooning, blue eyed soul and much more, arriving at a sound that isn’t retro as much as ricocheting through pop’s many decades and landing squarely in the post- Brexit, conflicted, chaotic UK of the here and now.

“Man & The Echo seem to take each step with remarkable precision. The past 18 months have brought a steady series of singles, each stamped with a biting sense of intelligence.” - Clash