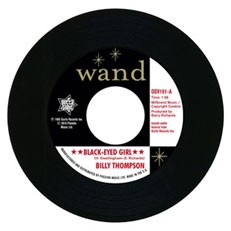 BILLY THOMPSON’s solo outing “Black Eyed Girl” was pressed twice in 1965, on the local Boston label Columbus and for national distribution on Wand. Despite the quality of the song, written by Barry Richards and “Boston’s No.1 Soul Man” Herschel Dwellingham, it came to nothing, leaving once again the U.K. soul scene to come to the rescue.

By contrast CLARENCE REID recorded a slue of 45s from 1963 to ’76 including our mega rarity “I’m Your Yes Man”, produced by Buddy Killen.

Porgy And The MonarchsHey Girl / My Heart Cries For You