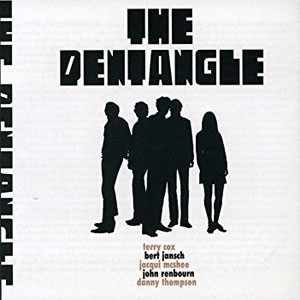 The Pentangle was the 1968 debut album of the band Pentangle: Terry Cox, Bert Jansch, Jacqui McShee, John Renbourn and Danny Thompson. It brought together their separate influences of folk, jazz, blues, early music and contemporary song-writing. One of the band’s most commercially successful albums, it reached number 21 in the British charts.

Andy says: The debut album by what would become one of the most revered British folk (and psych, and jazz!) bands of all time. Essential.