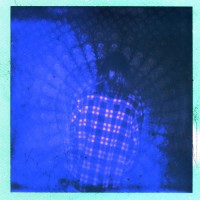 The resulting sound is somehow greater than the sum of its parts. Songs like the rhythmically propelled ‘Delusion’ and the punchy, bass-driven ‘Rainbow Death Revisited’ explore territories not yet charted by any of the greats and show that ‘Psychometry’, transcendent as it may be, is merely a hint of what is to come as Scott continues to push his musical boundaries.

“The Asheville-via-Pittsburgh native hasn’t yet learned how to hold back, and here’s hoping he never does…” - NPR