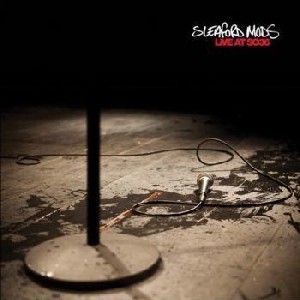 Sleaford Mods' third Berlin show took place at Kreuzberg's legendary SO36 club. The band took to the stage on a hot sweaty June night and played to a sold out audience. The show was captured by a german documentary crew and this limited edition album captures the highlights of that incendiary performance. Amongst the 14 tracks on the album are favourites like "Tied Up In Nottz", "Jobseeker", "Fizzy" and the great crowd-pleaser and closer "Tweet, Tweet, Tweet". The recording is testament to the connection between the band and those that follow them. Hear the glorious carnage and madness throughout the record's duration. No language barriers, no borders, no restrictions of any kind. This album also represents the first release on Harbinger Sound's new USA subsidiary label.