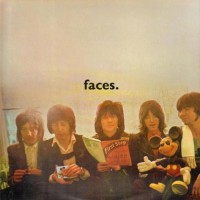 When Steve Marriott left The Small Faces, Ronnie Lane and Ian McLagan recruited Ron Wood and charismatic frontman Rod Stewart and changed their name to The Faces. First Step, which was released in 1970, was their first LP. Gone was the smart, tight Mod sound (and style) of their previous incarnation, and in came a looser, bluesy rock’n’roll. As its name implies, this is the sound of a band finding its feet, and although it’s slightly shambolic, it’s all the better for it.