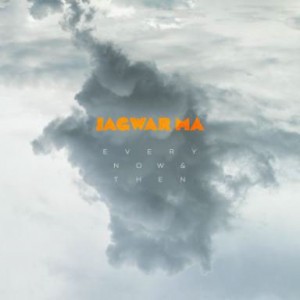 Since the release of 2013’s ‘Howlin’ Jagwar Ma have played sold out shows across the world and supported the likes of Tame Impala, The xx and Foals, filling festival tents and clubs alike with their explosive, hypnotic live performances, not to mention legendary DJ sets - most recently illustrated through their televised Park Stage performance at Glastonbury, and a raucous closing DJ set at the Crows Nest the same weekend.

Now the song-writing duo of multi-instrumentalist and producer Jono Ma, singer and guitarist Gabriel Winterfield return with their second album ‘Every Now & Then’.

The new record returns to the melody soaked nods to club culture and instantaneous vocal hooks they’ve become well known for, but has also seen them employ their passion for the Beastie Boys, citing this eclectic album as their ‘Paul’s Boutique’. Overall this stunning record encapsulates the band at their most entrancing and anthemic – a wig out of oscillating acid bassline, ricocheting dub-fused guitars and heady pop psychedelia bathed in strobe-lit sonics.

It was self-produced and recorded in the United Kingdom, Australia and France, then tweaked and mixed with the assistance of some of their brightest contemporaries, James Ford (Florence and The Machine, Arctic Monkeys), Blue May (Kwes, Kindness), Ewan Pearson (LCD Soundsystem, Chemical Brothers) and David Wrench (Caribou, FKA Twigs, Glass Animals).