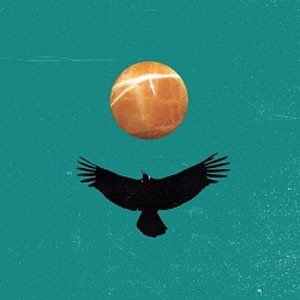 While Last of the Easy Riders formed last summer in Denver, the band of sonic nomads each converged high in the Rocky Mountains individually from various parts of the country.

Even with dissimilar backgrounds, each of the musicians shared one common vision: to create cosmic rock ‘n’ roll. The outcome is the band’s naturally formulated blend of raw Midwestern treble and passionate deep-south rhythm and bass. That acoustic integrity shines bright on the group’s gutsy self-titled debut EP on Agitated Records.

Much like their iconic heroes in bygone country-rock outfits like The Byrds and The Band, each member contributes song credits to the new disc. The band comprises guitarist/vocalist, Christopher Minarik, Mitch Mitchum (drums, vocals), Daniel Duggan (bass, vocals) and guitarist, Bradley T Grear.

“It’s what makes us dynamic – four individual songwriters playing in one band,” said Minarik, who refers to Last of the Easy Riders as “southwestern psych-rock.”

The earthy, inspired track list projects the tranquility of the outdoors, or perhaps hazily driving through Joshua Tree National Park with the windows down, while a CCR cassette warmly hums in the background. It’s an honest, but optimistic batch of original tunes.

“It conveys the aspect of moving across the country,” Minarik added. “Or overcoming past experiences and crossing into the next stages of modern adulthood.”

And even though this freshly pressed EP was recorded earlier this year in a remote cabin in Rollinsville, Colorado – the production and arrangements throwback to the golden days of ‘60s American music – back when Buck Owens still ruled Bakersfield and Gram Parsons still had a chance.

Last Of The Easy RidersUnto The Earth