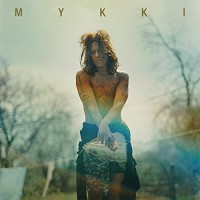 A singular artist who has made an indelible mark on the pop music landscape with a string of street-level releases and mixtapes, Mykki Blanco releases his debut album “Mykki“. Produced by Woodkid and Jeremiah Meece, the album finds Blanco simultaneously at his most fearless and his most accessible.

“I realised as an artist I need to focus on myself and on my work. Arguments with people online distract from that. I used to have a problem with the media trying to define me, either as a drag queen, or a transvestite, as a homosexual rapper, a transsexual or an HIV positive pop star, but most people need labels and my true fans know who I am and what I'm about".