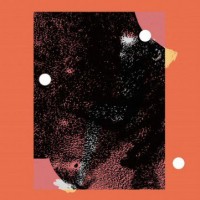 When Castlemaine’s Oliver Hugh Perry released his self-recorded debut EP, ‘Tropical Oceans’, D.D Dumbo was born. Led by the spooky strut of the title-track, the lo-fi four song-set of blues-laced, deconstructed pop announced Perry as an exciting newcomer fluent in a language all his own. People took notice and soon he was performing solo with a 12-string electric guitar, two drums and a bunch of effect pedals and on tour with the likes of Daughter, Iron & Wine, Jungle, St Vincent, Tame Impala, tUnE-yArDs and Warpaint.

‘Utopia Defeated’ is his debut album, an epic, sprawling opus sprung from Oliver’s imagination, written and performed almost entirely by him. Based in the 4AD Studios in London, the album was recorded, engineered and produced by Perry and 4AD’s resident engineer Fabian Prynn.

Featuring the singles ‘Satan’ and ‘Walrus’, the tentrack album hurdles effortlessly over the expectations set by his intriguing debut EP. In an early review, Uncut magazine heralded it as “a looping, globally attuned 2016 update of Jeff Buckley’s ‘Grace’.”