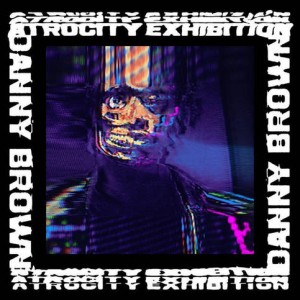 "Atrocity Exhibition" is an album of Danny Brown’s typically vigorous rap, paired with challenging production inspired by the work of Talking Heads and Joy Division. It sounds like nothing else from the past or present. Brown began work on "Atrocity Exhibition" in the summer of 2014, linking up with producer and frequent collaborator Paul White on the bulk of the album’s cuts. Other contributions come from producers like Evian Christ, Petite Noir (who also lends vocals to the world weary clang of ‘Rolling Stone’), Black Milk and the Alchemist, who lays down the beats for the masterful "Really Doe". Joined by Kendrick, Ab-Soul and Earl Sweatshirt, Brown goes wild over a killer rhythm track, resulting in the LP's stand out moment.