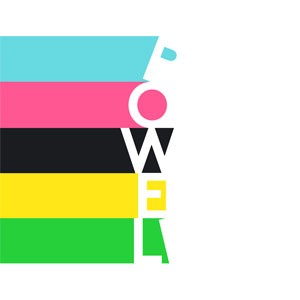 Powell recently announced his debut album ‘Sport’ via e-mail to fans. Billboards featuring the producer’s email address appeared in London and New York and fans got in touch seeking details about his next record. Now he’s made a proper announcement.

Emerging five years ago with little announce but an instantly strong aesthetic both musically and design-wise, Powell’s sound immediately stood out in a world of producers making techno that sound took its cues from post-punk, turning the style on its head he made post-punk that had techno ideals.

‘Sport’ is an album that sounds like the perfect snapshot of his eclectic DJ sets and live gigs, Melon Magic NTS shows and the Diagonal imprint he co-runs with Jamie Williams (home to the releases from the likes of EVOL, Russell Haswell and Not Waving).

On the subject of ‘Sport’: “I called it that because I wanted it to be fun and playful, hence the games we’ve been having via these billboards,” Powell wrote in an email to one fan. “People think of my music in certain terms I think, but I don’t agree with them most of the time.

“Also, like sport, I think of this record as being something for mind and body. I mean, you’re shit at sport if you don’t bring both things to it, so yeah, the music is physical and you can dance to it, but I also want to drag people’s brains along for the ride too.

“It’s not a techno record, a dance album, a ‘no-wave techno’ thing, whatever the fuck that is. It’s just the sound of what goes in my head.”

Vocals on ‘Frankie [feat. Frankie]’ are by Jonnine Standish. Jonnine is a musician and visual artist bestknown as one-half of the lauded minimal electronic duo HTRK.