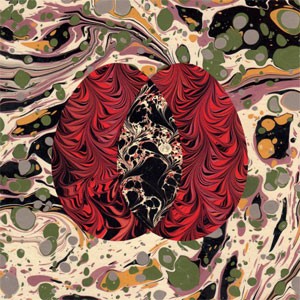 Grumbling Fur are the UK based duo of Alexander Tucker and Daniel O’Sullivan.

Alexander Tucker’s solo releases on Thrill Jockey include ‘Third Mouth’ and ‘Dorwytch’. A prolific artist, his latest graphic novel, the acclaimed ‘World In The Force Field’, is out now via Breakdown Press.

Daniel O’Sullivan has been at the core of the wildly successful This Heat reconstitution and with Massimo Pupillo of Zu recently realised Laniakea. As part of Norwegian experimental collective Ulver he released the ‘ATGCLVLSSCAP’ album and later this year there’ll be a new album from Æthenor, his ongoing project with Steve Noble and Stephen O’Malley of Sunn O))).

‘Furfour’ is the band’s second release on Thrill Jockey, with previous releases on Aurora Borealis and Latitudes alongside their last highly successful output on The Quietus Phonographic Corporation.

On ‘Furfour’, Grumbling Fur are joined by This Heat’s Charles Bullen and Isobel Sollenberger from Bardo Pond. The band have also recently collaborated with Charlemagne Palestine.

‘Furfour’ gradually emerged over three years of writing and recording at 147 Tower Gardens, the mystical, ivy-shrouded house that Tucker and O’Sullivan once called home.