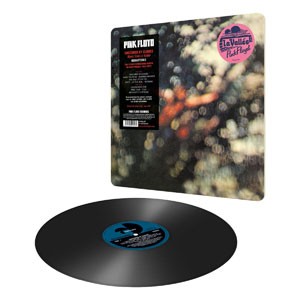 Pink Floyd Records continue the reintroduction of the Pink Floyd catalogue on vinyl for the first time in over two decades with the next three titles. Special care has been taken to replicate the original packaging. Mastered by James Guthrie, Joel Plante and Bernie Grundman, they will be pressed on 180gram vinyl for optimum sound quality.

Andy says: This soundtrack LP is unique in the Floyd canon in that quite a West Coast flavour pervades. Gilmour does usher in his epic, amped-up slide sound, notably on "Childhood's End", but the rest is a glorious mixture of early-70's hippy vibes and songs.