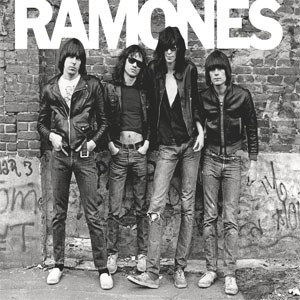 The Ramones (Johnny, Joey, Dee Dee and Tommy) sounded like nothing else when their self-titled debut came roaring onto the scene in 1976. Even so, original drummer Tommy Ramone did do a pretty good job describing the band’s primal sound when he penned the quartet’s press bio that same year. “The Ramones all originate from Forest Hills and kids who grew up there either became musicians, degenerates or dentists. The Ramones are a little of each,” he observed. “Their sound is not unlike a fast drill on a rear molar.” This year marks the 40th anniversary of Ramones, recently named the “Greatest Punk Album Of All Time” by Rolling Stone, and certainly one of the most important and influential albums of all time. This 29-minute masterpiece helped launch the punk rock scenes in both America and Britain, and also went on to inspire countless other artists for generations to come. To celebrate the Ramones’ lasting impact, Rhino has created the ultimate tribute to the band’s landmark debut