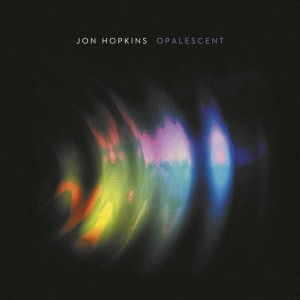 Originally released by Just Music in 2001, Jon Hopkins' debut album was an extraordinary debut from a then twenty one year old Hopkins, now a critically acclaimed recording artist, Ivor Novello nominated composer of film scores and prominent producer / collaborator with artists such as Coldplay, Brian Eno and Natasha Khan who has twice been nominated for the Mercury Prize, both for his album with King Creosote on 'Diamond Mine'. There are numerous moments here that could have been the chilled-out afterparty for his 'Going Out' themed stormer, Immunity. Opener 'Elegiac' is an electro-acoustic tour-de-force, beautifully punchy drums and looped guitar picking with sliding bass and reverse-reverbed drum flurries. There is much more of a sense of relaxation about this album, swells of pads and soaring digital strings are elegantly interspersed with airy kick drums and echoing acoustic picking. Rhythmic moments are consistent but understated, the emphasis coming more from the combination of influence from a variety of styles, expertly thrust together into a dizzyingly fragile and breathtaking whole. 'Apparition', the opening track on the second LP is further testament to Hopkins' skills as a sound designer as well as a producer, consisting of gated drum hits and beeping synthesisers before a stunningly delicate guitar enters the mix, oozing more than a little sunny balearicism. 'Cerulean' is a definite highlight, hazy percussive loops and glistening steel strings, driven along by a silky smooth walking bassline. This certainly isn't an album to listen to in a packed club, but it most certainly has it's place blaring out of your speakers on a beach or on a sunny day in the park. Relax.