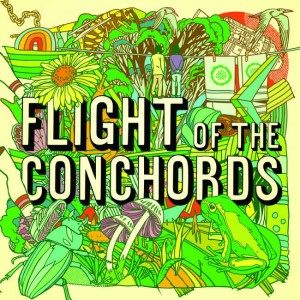 Acclaimed Kiwi novelty band Flight Of The Conchords followed the release of their six-track Grammy Award-nominated CD EP ‘The Distant Future’ with their full length record album debut, the conveniently titled ‘Flight Of The Conchords’ (which, not at all coincidentally is also the name of their HBO television series). Still going strong, with their cult comedy continuing to sell out arenas.