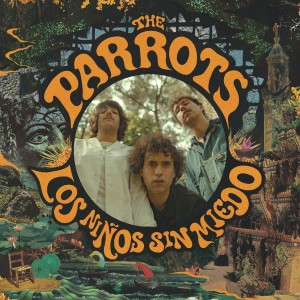 Oh Dios mio! Madrid racket-makers The Parrots have announced their debut album 'Los Ninos Sin Miedo'. With an album title that roughly translates as 'Children Without Fear,' the band's first full-length comes out via Heavenly Recordings.

The band recorded ‘Los Niños Sin Miedo’ in one week last September down by the sea in Cádiz at the studios of much-loved Spanish sound engineer Paco Loco. An idyllic setting conducive to the recording of the album, Paco’s infectious enthusiasm and artistic insight made the process even easier.