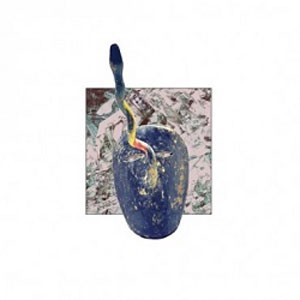 Essential Tremors is something of an anomaly in a city steeped in twang, bathed in sunshine and besieged with hootenannies. Code Knr, Miller, Read Only Memory, Tan, and Eerie Neighbor make up the group voted most likely to trigger a cold sweat, and we love them for it. In the past year, the band has made the charge away from guitar music with a quiet strategy of sporadic shows of crawly, four-track downer violence. During this metamorphosis, the band cut tracks with former Terrible Two and current Serration Pulse synth-lord and tone-boss Daniel Tomczak, crafting a crisp record that is globally exasperated and groovy against all odds: a nosedive into a cesspool of circuit-bent pollution with all the precision intact, notoriously tense, rife with white-knuckle paranoia and fog. Throw in well-placed pangs of electroclash, swirling synth, waterlogged bass lines, and dark-sided shit, and you have an important reminder that good times are not forever, which we are honored to bring to your turntable. This is music for strays. Do you have a home?

Laura says: While most Third Man releases are influenced by rock'n'roll and country legends of the past, Essential Tremors sound has more in common with the dark, brooding synth pop coming out of Sheffield in the early 80s.